Grateful to bring you some new music! 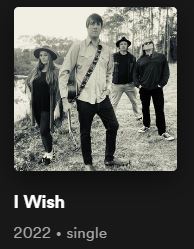 This is the first release of the new David Lane Band. David has been writing and recording in this area for over 10 years. This group formed when David, bass player Blake Abbey and drummer Jim Taylor got together one Sunday afternoon just to see what happened. The result was the song you are about to hear. They decided to take this track to Clayton Sturgeon at Phantom Manor Studio. That’s when they were joined by Jessie Abbey on keys, vocals and guitar. “We are continuing to record new material to be released when completed.”

Try our new recorder. Say: “Hey this is ______ your listening to the Never Ending Radio Show” Or yell kinda far away from your mic: “ITS THE NEVER ENDING RADIO SHOW!” Or upload your short .mp3 recordings directly. Try it out. If the recording is clean we will put you in the rotation! Maybe you…

We want to thank Country singer Brandon Adams for visiting us! Click his name to see his site.

Our primary purpose is to push our own boundaries, stretch our limits and expand our appreciation for things that are new to us. Not always comfortable but mostly good. NeverEndingRadioShow.com is a Gratitude First Project™.  100% Commercial and data collection free.  We aim to bring you the best music with informative, short form content we like…

While we are still planning our own app, we found one that works great on both Apple and Android. Get the Android version here. Follow the instructions below. Live365 is also available on the Apple app store. Open the app, search for: Never Ending Radio Show Now just tap to listen! Add to favorites by…

Page Zaplandam of Quanta Publishing offers great advice on how to get started writing that book you have been thinking about!  See her site here